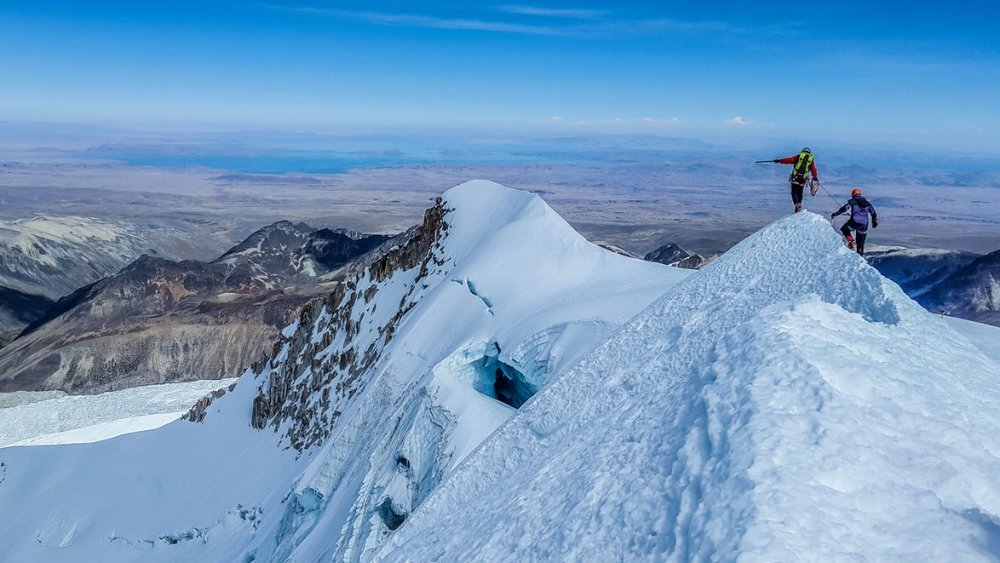 The Pequeño Alpamayo will be the first summit in the Condoriri Massif before attack The Chachacomani (6074 m.a.s.l.) and the Chearoco (6127 m.a.s.l) which  form a solid massif. Located in the center of the Cordillera Real, these giants mountains are waiting to be climbed. The Chearoco offers a more adventurous terrain as it is less popular. While the Chachacomani is becoming more and more popular this mountain remains as a secluded area.

This program is addressed to people who have basic to medium high mountain experience. 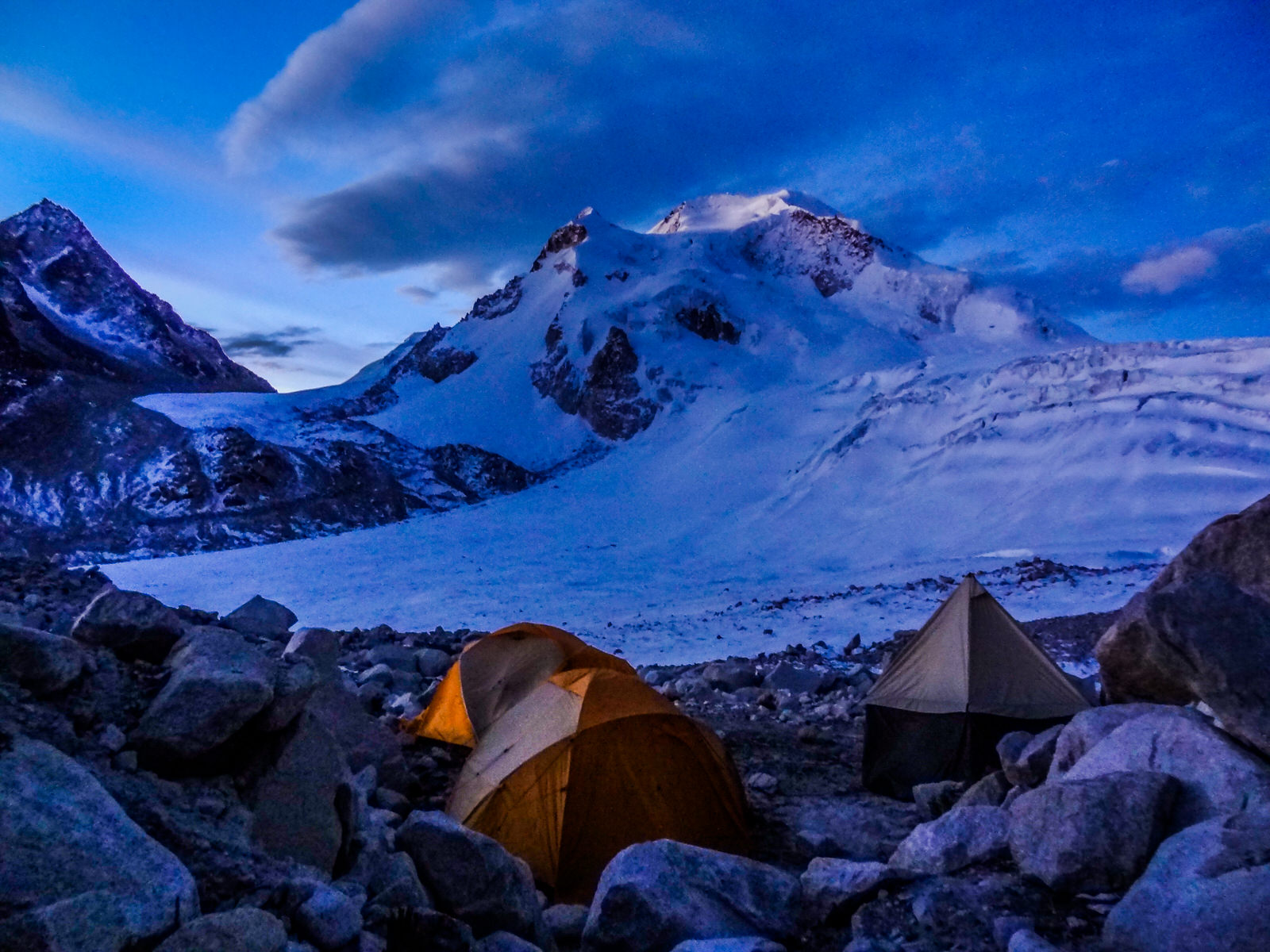 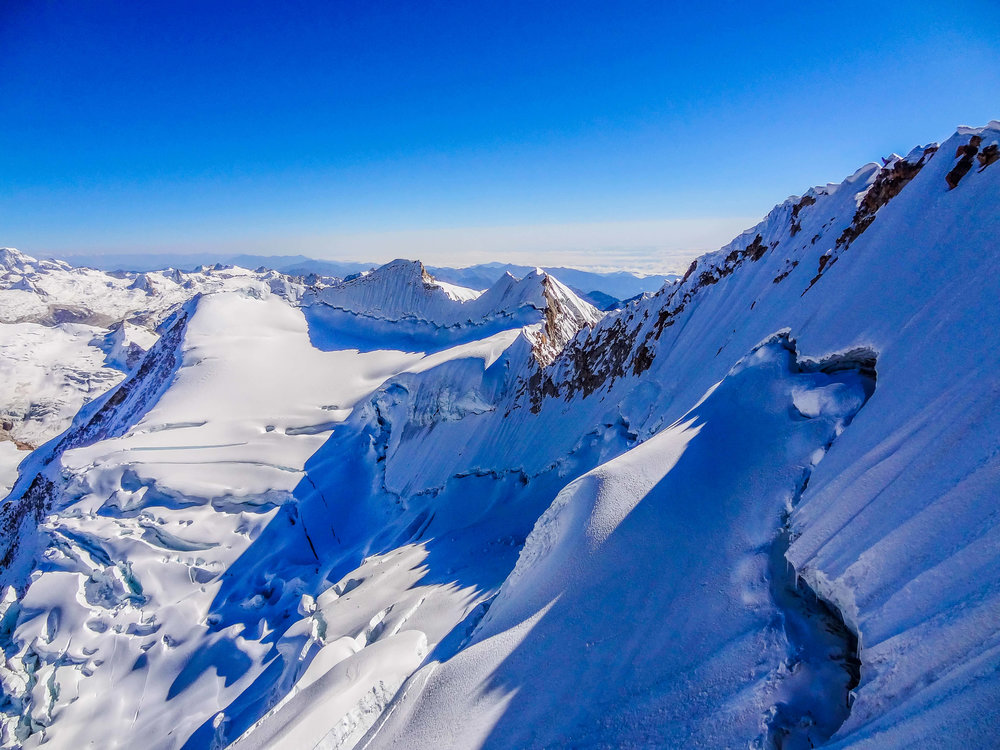 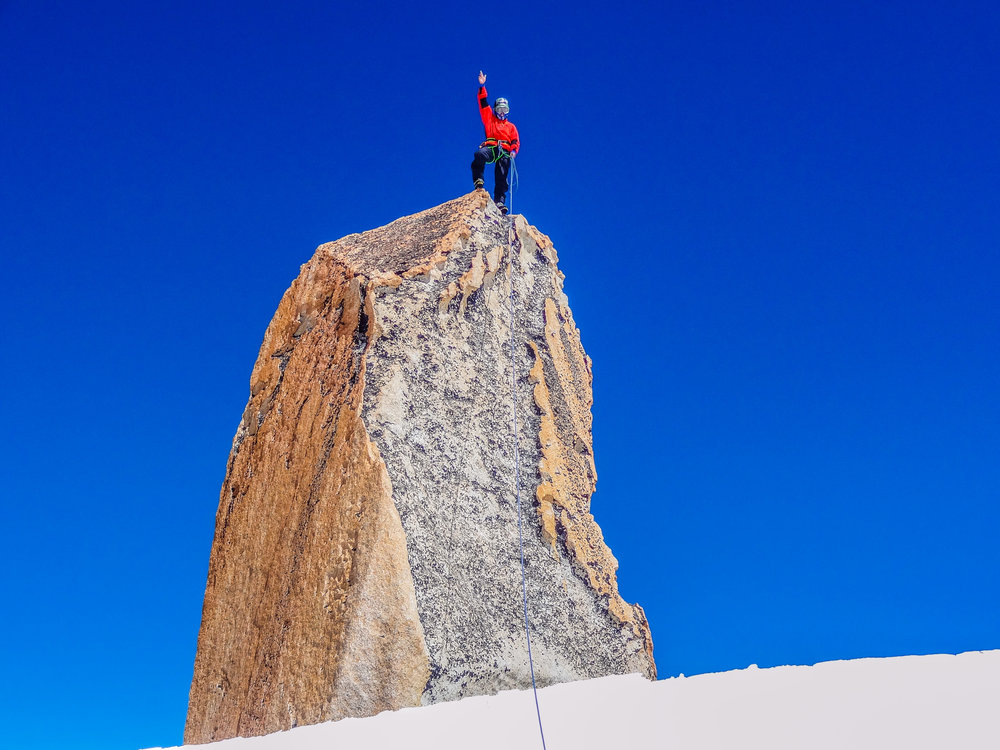 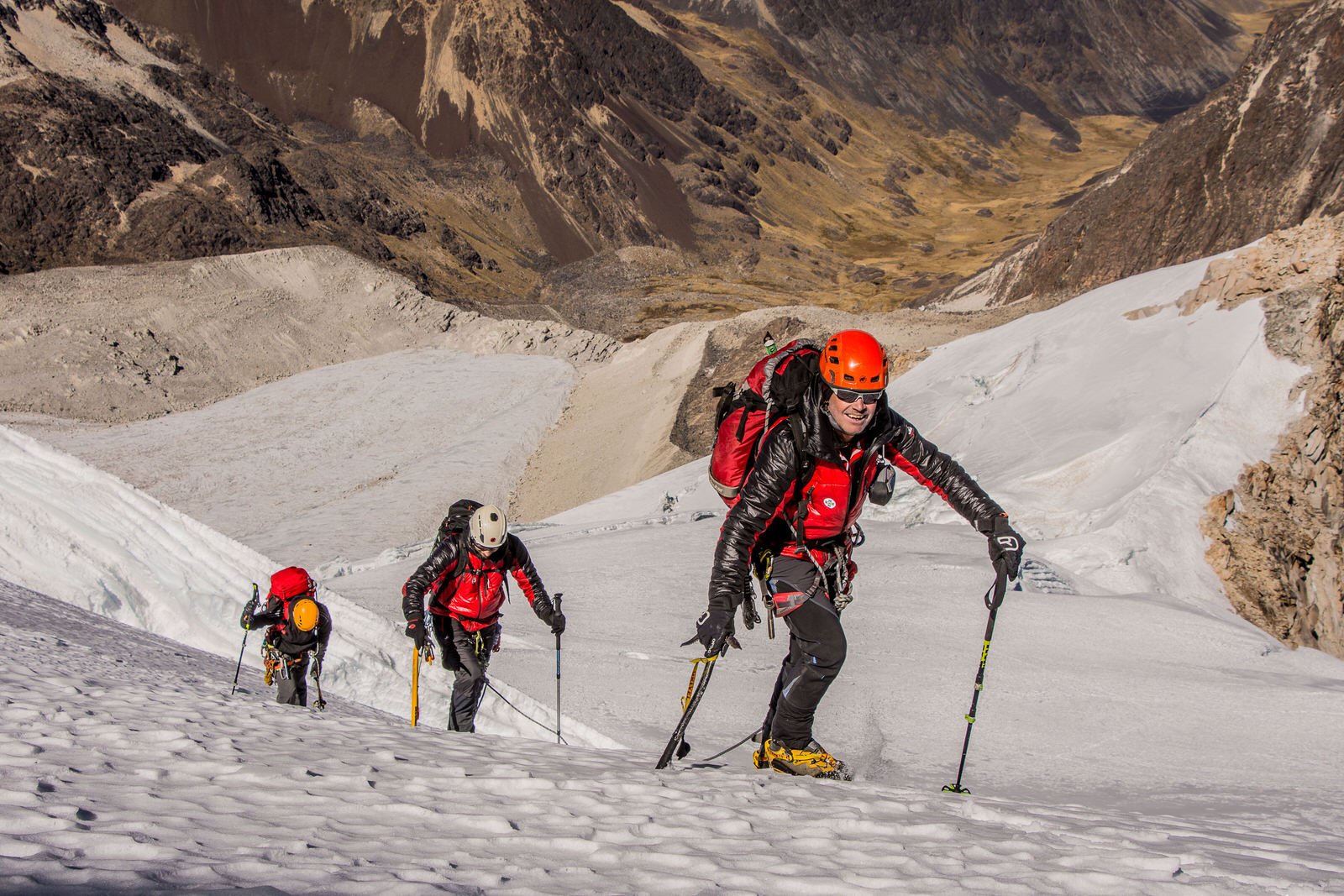 Leaving the hotel and walking to the ruins of Pilkokaina.Return by boat to Copacabana.

Arriving at “La Rinconada”, an hour long hike will take us to the Chiarkhota lagoon where we’ll set our base camp.

Return to base camp following the same trail and we’ ll hike until “La Rinconada” where our vehicle will take us back to La Paz.

Leaving the hotel in a private car for a trip through the altiplano. We arrive at the Alto Cruz Pampa village where we prepare our trail with the mule drivers. A trek deep in the valley will take us to base camp.

After breakfast we’ll take a walk through an almost virgin piece of land as this mountain has only recently become crowded. Through a clear path between plains and slopes, we’ll reach high camp. This hike will be enough for one day. Settling camp and resting.

We’ll start our ascent at 02:00 am. Unlike others in the Cordillera Real, this mountain presents in the first part an extensive trail on a glacier rather easy to follow. In our attempt to reach the summit we’ll climb through the small cracks and slopes of the mountain. We’ll go through the north edge of the mountain and climb a 40 degree slope during 40 meters allowing us to reach this beautiful summit. Descent down the north ridge which will take us to the next valley. We’ll set up our high camp for our next target the "Chearoco".

We will take a break before the next objective.

We’ll start our ascent at 02:00 am.  We’ll cross an ice tongue and enjoy 50 ° slopes. In addition to walking through small plains we’ll ascend the mountain in the most practical way. A short and final slope awaits at the summit. Descent by the east ridge to base camp.

After breakfast we’ll walk to the end of the valley where our private car will take us back to La Paz.