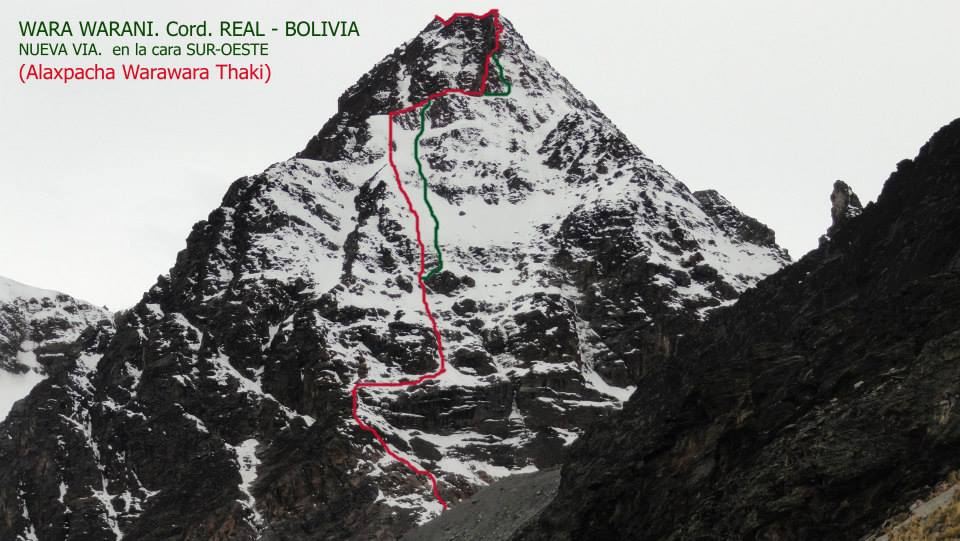 On October 10, Artem Bylinksi (Russian), Juvenal Condori, Rodrigo Lobo (both Bolivian), and Davide Vitale (Belgian) reached Penas, drove to the road head at Jalluwaya, and then walked three hours to Laguna Warawarani, where they camped. Leaving next day a little after 1 a.m, and climbing as two pairs, they made the first ascent of the southwest face of Warawarani I (5,542m).

Although this face may have provided a relatively pleasant outing in the past, climate change and glacial retreat have left very unstable rock. Climbing first on the face, Condori and Lobo ascended 15 pitches over mixed terrain, with soft snow covered by a thin crust. Large blocks shifted under their feet and fell, leaving them fearing for their two friends climbing below. For this reason, Bylinski and Vitale made significant variants to the Condori-Lobo line. The first party reached the summit about half an hour before the others, grading the 600m route TD- M4. Bylinski and Vitale gave a grade of D+/TD- 65° 5.6 M4 R. Warawarani means place of many stars, so the team called their route Alaxpacha Warawara Thaki, which roughly means “reach the sky, by the route of stars.”

The four started down the northeast ridge, were forced onto the east face, and then downclimbed to the top of a gully. After a 60m rappel they were able to traverse north into a couloir, which they downclimbed in wet snow. They then ascended the glacier northwest to a col and descended the far side southwest to the lake, arriving in camp at 4:30 p.m.

What you can read next 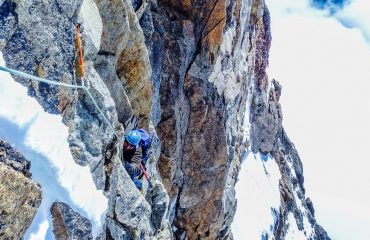 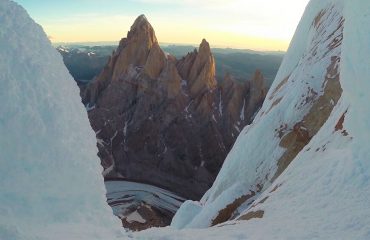 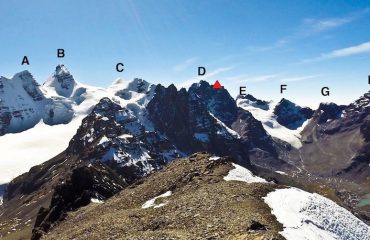